Financial Problems in Marriage? New Study Gets to the Heart of the Issue 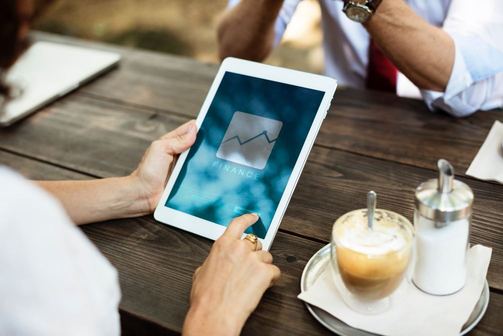 For years, proverbial wisdom has cited money as the primary source of marital conflict and main precursor to divorce. However, very few clinical studies support this supposition. Money might make the world go around, but the mighty "buck" is not as powerful as we might think.

When it comes to financial problems in marriage, the key is to get to the root of the real issues that inform how we think and feel about money, which make up what Dr. John M. Gottman calls our "Money Map."

If one partner wants to avoid becoming like her stingy Uncle Jimmy, while the other wants to have the nest egg his parents lacked, then a conflict is likely to result. That conversation is also more likely to be emotional, not logical, in nature.

Could it be because conversations about money are not really about money at all? But instead a reflection of our own fears, hopes, dreams and childhood experiences.

Interpersonal psychology proves that the perception of financial need is relative. It is a matter of expectation. When the expectations of a partner rise faster than their rising affluence, then conflict is more likely to occur. Also, couples of all income levels demonstrate varying degrees of financial stress in their marriages.

The question for Papp, Cumminngs and Morey was not whether finances in marriage is a source of conflict but rather: "Do couples handle conflicts surrounding money any differently than conflict related to other issues, such as parenting, travel or intimacy?"

Are financial problems in marriage particularly more stressful, negative or threatening to the bond between the spouses?

In 2009, the three researchers conducted a study with 100 husbands' and 100 wives' diary reports of exact 748 separate conflicts among them. They hypothesized that conflicts surrounding money would prove to be more negative and threatening in a marriage. They also believed those conflicts would be longer, more repetitive and include heightened emotions and destructive behaviors.

Through the study, the researchers sought out to answer these questions:

By analyzing the diaries of both 100 husbands and wives, the team was able to more accurately assess the role conflicts around money play. Here are some conclusions they found:

1. Money Is, Surprisingly, NOT the Most Frequent Source of Conflict

African-American and Euro-American couples were asked to rate six common conflict topics by which occurred most and least often in their marriage. Consistently, spouses chose children as the primary topic that caused conflict with their partner. Following close behind were issues of chores, communication and leisure. Money, as it turns out, did not make the top four of conflict-causing topics.

2. Money is NOT More Likely to Come Up in Relation to Other Topics

The topic of money, as the survey results indicate, is shockingly distinct. When wives were asked which topics would most likely lead to a discussion of money, they ranked friends at the top of the list and children at the bottom. Husbands, on the other hand, reported that money would most likely be discussed during conversations about work. Both spouses generally agreed that the topics of habits, relatives, leisure, chores, personality, intimacy, commitment and communication would not lead to a financial conflict.

3. Conflicts Surrounding Money DO Last Longer and ARE More Recurrent

Supporting the researchers' hypothesis, both husbands and wives agreed that conflicts surrounding money were more intense, longer-lasting and caused greater depression and anger among male spouses.

Interestingly, both also agreed that wives were more likely to initiate problem-solving behaviors during financial conflicts. However, there was no evidence that spouses consistently reached a compromise at the end of discussions around money; both husbands and wives reported they were likely to need to discuss the issue again at a later time.

Money is not the most common source of conflict in a marriage; however, it does prove to be the most pervasive. When it is discussed, the issue is more difficult to resolve, more recurring and leads to more stressful interactions between spouses. Bills keep coming in the mail, paychecks keep coming in and the costs of living or maintaining a household is a daily thought.

While married couples have an easier time putting topics such as children or chores on the back burner, discussions around money are more difficult to avoid and to resolve.

Of course, more evidence is needed to determine the full weight and effect of these conflicts over time. However, it is clear that each partner is more likely to develop a self-defeating cycle when discussing issues of money than any other topic in the marriage.

So, What is the Solution?

The good news is that couples tend to have an easier time discussing the topic of money, unlike religion or sex, in public or with a licensed therapist. What they need help with is learning how to compartmentalize each issue and tackle them one-by-one. Couples also need a great deal of support in dysregulation-or managing their emotional involvement with the issue of money.

As mentioned earlier, when the issue of finance affects your self-worth or feelings of value in a relationship, it can be difficult to address your partner from a logical state.

Trained therapists, who are more adept at identifying the unique threats that money issues pose to a marriage, can help each partner understand more than their unique attitudes towards money. They can help them discover the emotions and experiences behind them, which make up their individual "Money Maps."

By going beyond the dollar value to understand why your partner values money in a certain way, you can create shared meaning around money.

This shared meaning will bring you closer together, rather than further apart. Compromise will then become easier, and issues surrounding finances will become less recurrent and much easier to resolve.

Financial problems in marriage, more than others, benefits from state-dependent therapy. When a therapist joins a couple in the midst of a conflict and gives them skills to resolve the issue, they will be much more equipped to resolve similar issues that arise at home later on.

While general relationship advice you read in magazines or see on TV can be effective for some issues, addressing issues around money requires special attention, expert energy and experience helping couples achieve marital harmony.

And, remember, it's never just about the money.