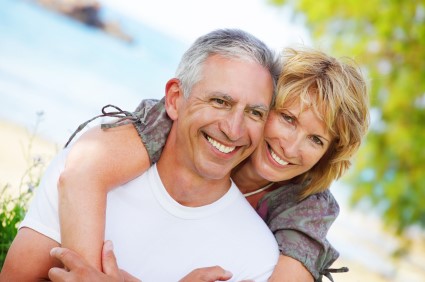 It’s natural to argue or disagree with each other every once in a while. However, when you find yourself fighting with your partner, and losing respect for the other, it’s time to address the situation before it gets worse. That’s exactly why Gottman couples therapy method was developed.

Who Is John M. Gottman?

John Gottman, Ph.D., is a well-renowned researcher who spent 40 years studying couples throughout their lifespan–from their first date until their retirement years. Alongside his fellow psychologist and wife, Julie Gottman, he developed a model he calls Gottman Method for Couples Therapy. Using research-based interventions, Gottman couples therapy enables you and your partner to improve your communication and work through the issues that most impact your relationship.

The Science of a Healthy Relationship

The research John Gottman and his wife Julie conducted went as follows: They would invite couples from all phases of life to their “love lab,” an apartment specially designed to conduct their research. John would record all of their interactions, from morning to night. Each couple also wore monitoring devices to measure their heart rate and gave voluntary blood samples. Why? Because they wanted to measure the physiological impact of each couple’s relationship conditions.

Gottman recorded the couples’ gestures, voice levels, speech and facial expressions. Every action was measured on a scale. Behaviors such as decision-making, use of humor, affection, and arguments all were recorded. Also, structured interviews were conducted and recorded on video at regular intervals. After years of observation, Gottman was able to gather conclusive data on each relationship.

Who stayed together? Who divorced? Who was happily married? Who was still together but discontent?

Gottman separated couples into three categories: “Happy,” “Unhappy,” and “Divorced,” He then went back to the data and asked the infamous question: “What’s different about these three couple groups?” Decades of research conducted among all types of couples, across all phases of life, allowed Gottman to predict with over a 90% accuracy rate, which couples would end up happy, unhappy or divorced.

The result? A structured and research-driven couples therapy model that helps partners end their destructive patterns and restore their relationship through affection and admiration.

From his research, John Gottman isolated nine key nine components of what he calls the “Sound Relationship House.” He identified the key behaviors and emotions that contribute to the success of a healthy relationship.

As the cornerstone of the Gottman couples counseling method, the Sound Relationship House contains all the elements proven to predict relationship success and include the following:

How Can Gottman Couples Counseling Help You and Your Partner?

Are you and your partner ready to build your own relationship house? No matter where you are at in your relationship, it is possible to emulate the practices of successful couples to build a culture of appreciation, fondness, and respect. From pre-marital couples to empty nesters to couples on the brink, the Gottman Method is both effective and research-based. It can be conducted during one-time sesions or more intensive relationship retreats.

The Gottman Couples Counseling Method provides a skills-based approach to restoring your relationship. By doing more of the right things, and doing less of the damaging things, you can grow your relationship in the direction of greater intimacy and satisfaction.