Statistics show that approximately one-third of Americans find themselves in a stepfamily relationship. Whether they are taking on the role of stepparent, stepchild or stepsibling, the stepfamily structure is not uncommon. Nor are the blended family challenges it brings.

If blended families are so prevalent, why are so many step couples and parents surprised by the challenges that they face?

Despite the lower chance of staying together long-term, couples in remarriages still appear hopeful and willing to enter into the commitment. However, are they truly prepared? And does preparing oneself for step parenting increase your chances of success?

We carefully reviewed the lessons Papernow and Golish gleaned from decades of experience counseling blended families. Below are three key takeaways we believe will benefit all step families and stepparents.

It is our hope that one or more of these tips will prepare you for the changes you will face and even tip the scales in your family’s favor. 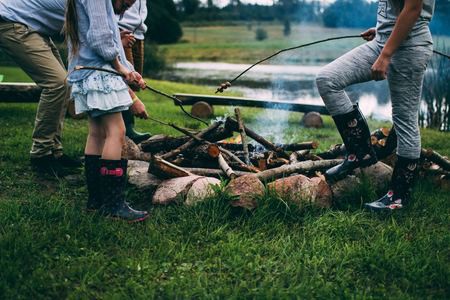 Perhaps the most challenging reality parents and stepparents face in a blended family is the hardwired attachment children have with their birth parents. While this can be seen as an ultimate benefit, this attachment provides an obstacle for stepparents.

“In a stepfamily, parents and their children have a pre-existing… attachment to each other,” says Papernow. “They come with established agreements about everything, from whether Grape Nuts is a breakfast food or a form of cardboard, to the ‘appropriate’ price for a new pair of sneakers.”

Children find it harder to adjust to divorce and subsequent remarriage than the adults involved. For them, the change is unchosen and, therefore, uncomfortable. On top of that, the birth parent is usually the only person who can help them cope with the transition. This can, in turn, create tension for the new couple.

Children over the age of eight, (particularly female children) have the most difficulty accepting their new reality. They find it harder to bond with their stepparents and face more emotional hurdles in the process. For many children, adjusting to a stepfamily is more challenging than adjusting to divorce.

“Good therapy for stepfamilies does not stop at strengthening the couple relationship,” says Papernow. “Children in a stepfamily also need regular, reliable time alone with their parents.”

According to Golish, “traumatic bonding” throws another wrench in a step parent’s plans. This occurs when a parent and child (especially mother and daughter) form a very close bond after the divorce.

Other unique challenges include managing boundaries with the children’s other family, unclear parental roles,  competition for resources (such as money, privacy, and personal space) and differing styles of conflict resolution.

2.  Rid the Words “Either” and “Or” from Your Vocabulary

According to Papernow, stepfamilies are unique in the innate insider/outsider dynamic they create.

“Extremely strong step couple relationships are linked to poorer well-being in stepchildren,” says  Papernow. “probably because kids are not getting the parental connection that they need.”

Imagine John and Martha are part of a first-time marriage, for instance. Their nine-year-old son, Daniel, needs help with his Math homework. When Daniel approaches John and Martha for their support, he is not encroaching on their private time with one another.

He is merely asking his parents to restructure their focus to him, their child. He is asking them to engage in parent/child time instead of husband/wife. It’s a natural reversal of priorities and attention that most parenting couples face.

However, this exchange would look quite different if John and Martha were step couples in a blended family. Imagine now that John is Daniel’s biological father. Imagine, Martha is Daniel’s stepmother. Also, imagine that instead of approaching both parents, Daniel approaches John and asks “Dad, will you help me with my Math homework?”

Martha is also left with an either/or scenario. Either she leaves the room and gives them time alone, or she stays despite the fact that Daniel asked for his father’s help, not hers.

Must John and Martha continue this vicious cycle? No, according to  Papernow, there is another way. The key is for the step couple to carve out alone time for themselves and dependable alone time for the parent and child. Also, Emotionally Focused Therapy has been proven to help couples communicate constructively.

While this puts an added burden on the birth parent, the stepparent can ease that burden by responding honestly and openly about what he/she needs. Instead of saying “You made me feel left out,” for example, the stepparent can say “I need a hug today,” or “Please make time for me.” 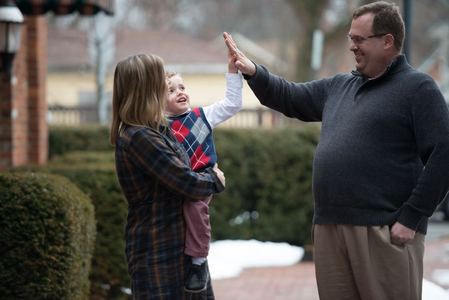 One thing both researchers strongly advise stepparents to avoid is immediately stepping into a disciplinary role.

As we demonstrated, children have the hardest time coping with the change. They are also less likely to accept direction and correction from a stepparent before an emotional bond is made.

Meanwhile, stepparents tend to desire more order and control, while biological parents desire more love and understanding for their children.

This dichotomy stimulates conflict surrounding discipline. According to Papernow, the best course of action is to let the biological parent retain the disciplinary role with the children, while allowing the stepparent to communicate their concerns in private to their spouse.

For Papernow, becoming a stepfamily is a process, not an event. It takes years, not weeks or months. However, there is hope. After five years, the relationship between parents and children in stepfamilies can look a lot like those of first-time family counterparts.

Golish also emphasizes the power that both communication and compromise play in healthy stepfamilies.  Therefore, the way each parent, stepparent and stepchild respond to one another will determine the health of that family over time. Even couples on the brink can develop new tools and strategies to cope with blended family challenges.

In short, stepfamily structure provides an innately different foundation on which to build a family.  On the other hand, coping with blended family challenges is not an impossible task. Acknowledging the challenges head-on plays a key role in success.

Spending dedicated one-on-one time together and openly confronting issues in a respectful way can help all parties involved better adapt to the transition.

Why not flip the statistics on their head and focus on the fact that 40% of all stepfamilies make it the long haul?!

We hope these tips and information will help you and your family achieve that goal.

Also, there is simply no replacement for objective, research-based couples therapy. If you, your partner, children or stepchildren are having trouble coping with a blended marriage, reaching out to a licensed couples therapist might be the way to go. From the Gottman Method to Emotionally Focused Therapy to the PACT model, we apply science-based methodologies to every couples retreat, relationship retreat and couples therapy weekend we offer. We also offer weekly sessions for those who can find time to break away during the week.

At NCCT we offer specialized services to stepfamilies in the form of couples therapy to help the couple stay strong and simultaneously stay connected (and strengthen connections) with the kids.