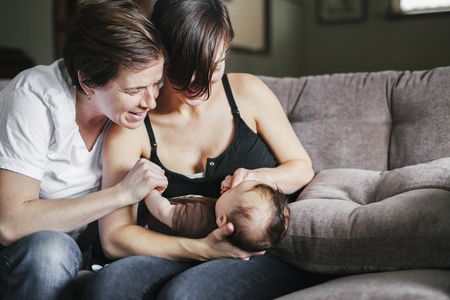 Rethinking the Heteronormative Lens on Matrimony

We’ve all heard the cliche “Men are from Mars and women are from Venus.”  Stereotypes like this not only take a cisnormative view of the world they also suggest that high divorce rates are caused by the complicated differences between men and women.

But if this is the reason that heterosexual marriages fail, then couldn’t we logically conclude that same-sex marriages are destined to succeed?

Despite the social stigma same-sex marriages face (or perhaps because of it) gay and lesbian couples tend to bounce back from conflict more quickly and enjoy a greater sense of equity in their relationship. Of course, same-sex marriage is still marriage. Expectations go unmet. Power struggles arise. Bonds of trust get broken.

However, when you understand the unique strengths you both bring to the table and use the “tools” from your own toolbox to navigate those challenges, you can reject heteronormative ideals and wield your own unique strengths to your advantage. Consider the three guidelines below for same-sex marriage success, including advice on how to find the right therapist to join you along your journey toward marital bliss.

Harness the Power of Humor 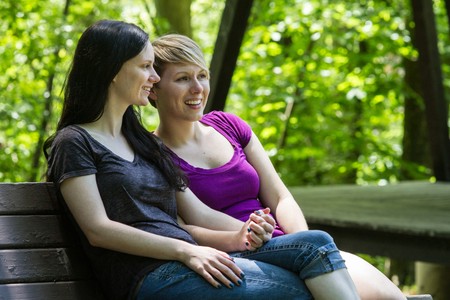 However, there was one key strength displayed by same-sex couples that was missing among their heterosexual counterparts: humor.

In the “heat of the moment,” Gottman and Levenson observed that same-sex couples often responded more gently and less defensively to their spouses or partners. They were also more likely to employ humor or affection in the midst of conflict and, perhaps most importantly, these gestures were most likely to be received positively by their partners.

This is a stark contrast to the patterns Gottman witnessed among heterosexual couples, and he attributes this dichotomy to a greater sense of equity in gay and lesbian relationships.

“The difference in these control-related emotions suggests that fairness and power-sharing between the partners is more important and more common in gay and lesbian relationships than in straight ones,” Gottman explains.

Gottman’s research demonstrates the greater impact that positive words of affirmation have on gay and lesbian partners. They were also less likely to experience lasting hurt or wounds from negative comments they received from their partner, lessening the harm that comes from negative sentiment override, which can be so damaging to straight marriages.

One possible explanation for this difference is the level of adversity gay and lesbian partners face within society. According to our own Intake Coordinator and Couples Therapist, Beth Agostino-Evans, LICSW, “Same-sex couples have learned what is really important to them and have become better able to navigate the challenges within their relationships and choose how to spend their energy.”

Have you found that to be true in your relationship or marriage? If so, lean in. Understand the power that affection and humor can play in releasing tension, and enjoy the freedom that comes from “letting go” of hurtful words and embracing the positive gestures of your partner or spouse.

Another key finding to come out of Gottman and Levenson’s twelve-year study is the contrasting comfort levels with sex between same-sex and straight couples.

“Most heterosexual couples in the United States are very embarrassed talking about sex, even if there is no camera around. They are also very indirect in what they ask for,” says Gottman. “Gay and lesbian couples, on the other hand, are very open and direct in talking about what they need sexually.”

This is a key distinction to make before any same-sex couple embarks on marriage or couples therapy, as their mindset, and even that of their therapist, could be influenced by the “rules” of heteronormative culture.

“It’s important to forget everything you know about heteronormative sexuality,” says Joe Kort, Ph.D., a leading expert on relationships and GLBTQ couples therapy. “It’s just not going to look that way [for same-sex couples].”

According to Kort, author of Gay Affirmative Therapy for the Straight Clinician, relational patterns that might seem pathological or unhealthy in a heteronormative context are completely natural and healthy within a same-sex relationship.

What does this mean for the same-sex spouse? Understand that your desire for intercourse, romance and connection can vary greatly from what you see in TV, movies or even what you expect of yourself and your spouse. Also, keep in mind that your own therapist might be bringing heteronormative expectations to the table.

Whenever you can, try to encourage yourself, your spouse and your therapist to view your own romantic patterns through an open, objective lens. 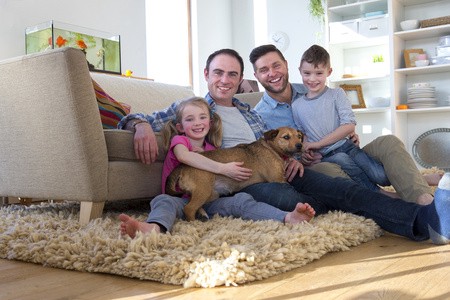 Unlike straight couples, same-sex spouses more often lack support from their extended families, communities or work colleagues. According to Agostino-Evans, it’s important for therapists to recognize the unique challenges this brings into the marriage.

“In many couples who come to us, one or both partners have faced criticism, adversity, and shame around their identity,” says Agostino-Evans. “Often, these experiences fuel them toward making positive changes in their GLBTQ community. However, there is still often work to be done,  both within the relationship and on an individual level.”

Many of the couples Beth meets with have also experienced the rollercoaster of emotion that is often associated their journey toward having children. When a GLBTQ person decides to become a parent it is not a decision that they arrive to lightly. It is a decision that is made out of love and with the knowledge that they face more of an uphill battle to achieve parenthood than most heterosexual couples.

During the journey toward parenthood, many same-sex couples “turn towards” each other for love and support. However, there are still stressful times filled with conflict, and finding the right therapist can provide them with hope and healing.

Thankfully, being GLBTQ is largely embraced and celebrated in the Pioneer Valley, that is not the case for many areas of the US or world. As Agostino-Evans puts it, it is imperative that the therapist is able to provide psychoeducation to help their clients navigate their journey.

This work includes includes helping you move towards greater self-acceptance, feeling proud of yourself, and becoming at peace with your life journey.

Above all, seek the help of therapists who have the most up-to-date training and knowledge, therapists who can empower and educate you through these larger identity-driven dilemmas.

At NCCT, we are well-versed in the unique dynamics of same-sex marriage. Our therapists are passionate about breaking through the barriers of heteronormative culture to provide you and your spouse with the research-based, tailored support you need.

Our therapists also employ today’s leading couples therapy methodologies, such as Emotionally Focused Therapy and Gottman Method. We have weekly couples therapy options, in addition to marriage retreats, premarital counseling retreats and couples therapy weekends for those with busier schedules.

Call NCCT at (413) 586-2300 to learn we can help you deepen the levels of intimacy you share with your spouse to strengthen and solidify your bond.