Connection Doesn’t Have To End When Sex Does 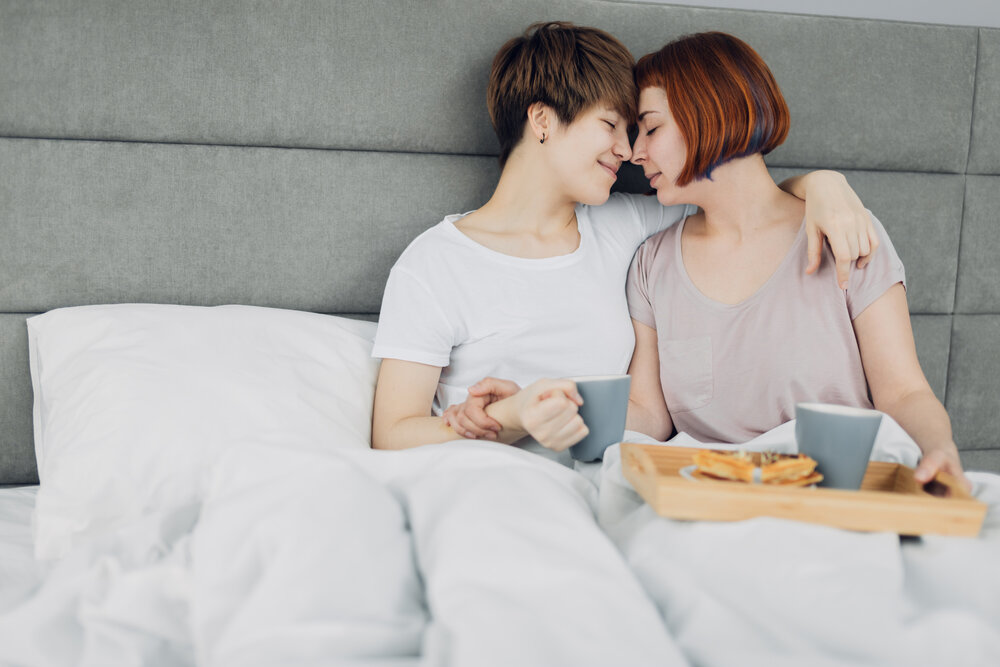 Scan the cover of any tabloid magazine while waiting in line at the grocery store and you’ll probably see advice for how to be better at foreplay or how to make your partner orgasm, but you probably won’t see anything about what comes after sex—a period psychologists call the “sexual afterglow.”

This makes sense because sex is not just a physical experience—it’s also an emotional one.  Susan Johnson, the founder of Emotionally Focused Therapy, compares sex to the tango, “where both partners start to discover themselves in the dance and help each other shape that emotional experience.” The more a couple can connect emotionally, especially after sex, the stronger their physical connection can be.

Couples get into trouble when they treat sex as a purely physical act that starts with foreplay and ends with orgasm. To better understand the sexual afterglow, it’s helpful to understand the human sexual response cycle.

In the 1960s, pioneer researchers Masters and Johnson were the first to describe the sexual response cycle with its four phases: desire, arousal, orgasm, and resolution. While it was groundbreaking at the time, the model has since been subject to criticism, particularly because of its linear nature.

The model suggests that orgasm is necessary to a woman’s sexual response, which is problematic because, according to a survey conducted by the Kinsey Institute, heterosexual women regularly orgasm from intercourse only 62% of the time. These findings are consistent with Shere Hite’s research, who polled more than 3,000 women in the 1970s and discovered that most of them did not experience orgasm through intercourse alone.

In heterosexual relationships, sex isn’t over when the male orgasms. This is especially important for the 38% of women who do not regularly orgasm from intercourse. If the experience ends with male orgasm, then the female partner can be left feeling sexually frustrated and rejected. Instead, a great question for the male partner to ask is, “Are you satisfied?” followed by, “What do you need?”

In 2001, Rosemary Basson proposed a nonlinear model of sexual response, which is used widely today. It incorporates the need for intimacy, acknowledges that desire can be reactive or spontaneous, and may come either before or after arousal, recognizes that orgasms may contribute to satisfaction but aren’t necessary for satisfaction, and considers relationship factors that may impact the cycle.

Everything positive is foreplay

The conventional definition of foreplay (the arousal phase) is sexual activity that comes before intercourse, but John Gottman likes to say that “every positive thing you do in your relationship is foreplay.”

What he means by this is that making coffee in the morning, doing the dishes, and taking out the trash is all foreplay because it builds the emotional connection in your relationship. In that sense, foreplay isn’t just what comes before sex—it’s what comes after it, too.

So if you’re not taking a moment to enjoy the sexual afterglow, then you’re missing an important opportunity.

A great way to connect after sex is to talk about how it went. If having sex is like dancing the tango, as Susan Johnson suggests, then were you in sync? Did you lose your balance? Who was leading and who was following? Was the beat too slow, too fast, or just the right tempo?

At NCCT, we help couples navigate this processing conversation with basic ground rules for the speaker and the listener. The speaker is not allowed to be critical or judgemental. They say what they need, not what they don’t need. For example, “I like it when you  ___” instead of “I hate it when you ___.” The listener can ask follow up questions, but they’re not allowed to interrupt or get defensive. After the speaker is done, they switch roles.

Questions you can ask each other include:

The next time you have sex, instead of rolling over and going to sleep, take time to intentionally connect —even if it’s only for a few minutes. Talk, kiss, cuddle, express affection, and enjoy the afterglow.

Like what you’ve read here? Sign up to receive our weekly posts filled with heart, concrete tools, and cutting edge resources via our blog: Loving Well.