You Found Out Your Partner is Having an Affair—Now What? 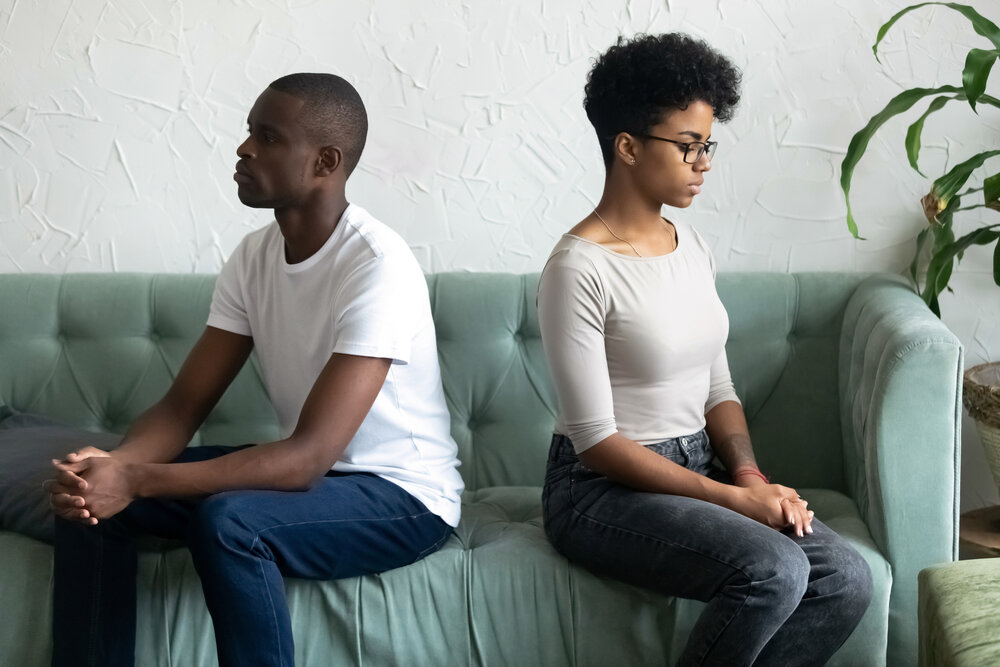 Discovering an affair can be a painful and confusing experience. Discovering amid a global pandemic can be even worse. And if you’ve been cheated on before, it can trigger an emotional response characteristic of PTSD.

You probably want to run for the exit, but don’t leave the relationship just yet. In many cases couples can recover from an affair, and even come out stronger on the other side. At NCCT, we’ve helped over 1,000  couples over the last 10 years navigate turbulent waters. There is hope if both partners are willing to put in the work.

Before deciding how to move forward in your relationship, however, it can be helpful to understand what cheating is and why people cheat.

What is considered cheating?

There are different types of cheating, some more hurtful than others. Yes, sleeping with someone outside the relationship (without permission) is cheating, but so is the private, ongoing flirty text conversation with a coworker. Emotional affairs are affairs, too.

These days, thanks to technology, people don’t even need to meet up to cheat. More Americans are having “virtual affairs” during quarantine, according to an article published by the University of Tennessee Knoxville psychologists Kristina Coop Gordon and Erica A. Mitchell. The stress of COVID-19 is putting a strain on relationships. Instead of turning toward their partners, people are either turning to dating apps to pursue secret relationships or social media to rekindle old ones. Researchers at the Kinsey Institute surveyed 1,000 married people between 30 and 50 years old and found in their preliminary results that 13% have contacted an ex-partner during the pandemic.

Ultimately, cheating is defined by secret-keeping. If a partner doesn’t know about it, then it’s a betrayal of their trust. As a general rule, people should ask themselves, “Would I say this or do this in front of my partner?” If the answer is no, then a boundary is probably being crossed.

Why do people cheat?

There are different philosophies in the field of couples therapy about why people cheat. Two of the most popular come from John Gottman and Esther Perel.

Gottman believes in symptom theory, which means cheating is a symptom of the relationship. In essence, people cheat because they’re lonely. The process begins when people start to make what Caryl Rusbult calls “negative comparisons” about their partner with other people, whether real or imagined. They think to themselves, “I could do better.”

He references the work of Shirley Glass, who found that most affairs are not caused by lust and didn’t start off with the plan of having an affair. 82% of the people she studied who had affairs started out being social acquaintances, neighbors, or workplace colleagues with their future affair partners. These “affairs of the heart” are characterized by secrecy, emotional intimacy, and sexual chemistry.

Perel, on the other hand, believes a crisis of identity causes affairs. Instead of cheating because they’re lonely, people cheat to find themselves. They’re not looking for another person, they’re looking for another self. A good relationship is no guarantee against infidelity, in her opinion.  Otherwise, how do we explain why people in happy relationships cheat? You can watch her TED Talk on the subject here.

Where do you go from here?

With the divorce rate around 50% for first-time marriages, many of us are going to have more than one long term relationship or marriage in our lifetime. So while the first relationship is over in the aftermath of an affair, a second one can be built with the same person.

At NCCT, our approach to affair recovery is rooted in grief, particularly to help couples grieve the loss of the relationship they had. There’s no going back. The question then is whether they’re going to forgive, which is inspired by Desmond Tutu’s teachings in The Book of Forgiving. We focus on sitting with grief because often couples want to move past it quickly, when in reality, it’s a process that takes time to heal from.

For the initiator of the betrayal, we emphasize the importance of tolerating and staying with their partner’s grieving process. In his audiobook Relationship Rx, Stan Tatkin says the person who had the affair has to be prepared to be both the hero and the villain. They’re the hero because they get to make it better. They get to sign up for showing up and being there for their partner, which is an odd role to be in because simultaneously, they’re the one who inflicted the wound. For the initiator, the work is around guilt, and the appropriate response is to make amends and be accountable.

In addition to working with grief, we also help couples form a new narrative that has a deeper understanding of how the affair occurred so that it doesn’t happen again. This is particularly relevant for the initiator because frequently, there’s a pattern of conflict avoidance and not being forthcoming that occurs before an affair.

We support Stan Tatkin’s idea that all couples benefit from creating a shared contract, which outlines the basic rules to govern a relationship. He advocates for keeping each principle short and sweet, and that couples emphasize mutuality. In the aftermath of infidelity, couples need to talk about what they want their contract to be around fidelity. What is considered a betrayal? And what’s the penalty if it happens again?

As the 17th-century samurai and poet Mizuta Masahide once wrote, “Barn’s burnt down, now I can see the moon.” We can help you see the path forward. We’re offering online couples therapy intensives during COVID-19 as an alternative to weekly couples therapy sessions. It’s the equivalent of three months worth of weekly therapy concentrated into just a few days. An online intensive is hard work, and it can feel scary, but it’s worth the investment and can get your relationship back on track.

Like what you’ve read here? Sign up to receive our weekly posts filled with heart, concrete tools, and cutting edge resources via our blog: Loving Well.