When To Call It Quits On Your Relationship 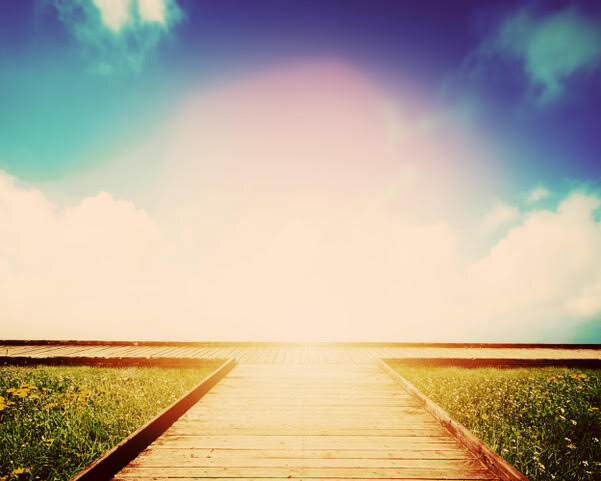 Being in relationship limbo is hard. For most of us, ultimately untenable. It’s understandable to want to bale when you and your partner are always fighting over seemingly insignificant issues, like what to have for dinner or where to park the car. Equally painful, is the throbbing ache of loneliness that arises in a relationship devoid of conflict that simultaneously lacks connection. A marriage where you’re living parallel lives and sex and affection are a distant memory.

But discerning whether or not your marriage is over can be challenging – and we know that the degree of crisis your relationship is in is not a predictor of its potential to rebound and improve. Furthermore, the decision to end a relationship, especially when you have children, should never be taken lightly. Children form deep and enduring emotional bonds that connect them to significant family members across time and space, and ruptures in these relationships can have a substantial and lasting impact on them, informing who and how they love in the years to come.

If you are struggling with knowing how to proceed in your marriage, there are beacons along the way to help you discern where your relationship falls in regards to hope, potential, or crisis. Telltale signs that can assist you in determining whether it’s time to end your relationship or give it one final try.

The Cusp of Catastrophe
Sometimes we arrive at that moment in our marriage when we realize we’ve done all we can with diligence and have to give serious thought to the ending of our relationship. We feel we’ve brought our best self forward and believe we’ve reached an impasse. A place from which we can go no further – where we require specific changes that we can’t skimp on. These are deal-breakers that necessitate drawing a line in the sand. At the very least, arriving at this stance requires that we stop pretending things are okay (they’re not). At most, it calls on us to make one of the hardest decisions in life and determine whether or not to call it quits.

This can happen subtly. The months and years leading up to this moment often reach a tipping point. John Gottman, world-renowned for his work on marital stability and divorce prediction, refers to this juncture by citing what mathematicians call “the cusp of catastrophe.” It’s a qualitative state arrived at by the slow and subtle accumulation of stress and increased complexities. A threshold of urgency that once crossed, can result in coming undone. Think the straw that broke the camel’s back – the cap left off of the toothpaste. What’s important to note about catastrophe is that while it can feel sudden and dramatic, it comes on gradually, almost invisibly.

If you find yourself at a crossroads, it’s essential to remember that if you don’t stand by your guiding principles now, then your guiding principles don’t genuinely exist. The challenge of being on the brink is in finding a delicate balance between maintaining firm boundaries and a soft heart, even when dealing with game-changers like betrayal, rage, and separation.

Lack of Mutuality in the Relationship
Stan Tatkin, the founder of PACT, A Psychobiological Approach to Couples Therapy, states that in order to thrive, a relationship must operate as a two-person system. Meaning you make room for your partner’s thoughts and feelings, and they make room for yours – you give each other equal regard. Relationships that tend towards being one-directional do not prioritize the we, and instead, one partner’s agenda and mood dominates the culture of the couple. A lack of mutuality can happen for all sorts of reasons. It may be that one of you is more passive, does not speak up, or is guilty of enabling a rather expansive or dominant spouse. In such scenarios, it’s important to remember that the fault doesn’t lie solely with the partner who tends toward being overbearing. And that regardless of whose fault it is, a lack of power-sharing in a relationship spells trouble over time. It breeds resentment and is fodder for negative sentiment to accrue.

Not Accepting Influence
According to Gottman, one of the most significant predictors of divorce is the tendency not to accept influence. When one (or both) members of a couple undervalue their partner’s needs and feelings and simultaneously overvalue their own. In my opinion, this goes hand and hand with a lack of mutuality since when we don’t allow our partners to inform us (or vice versa), we reside in a relationship where equality does not exist. There is no co-creation of shared principles, values, and dreams. The relationship is not fair and just. If this resonates with you and you find yourself with a partner who does not validate you and is running the show, there’s a good chance that you’re playing a part in this dynamic as well.
Failure to Keep Agreements
As I discussed in my previous blog, To Couples Who Risk Love in the New Year, our relationships are at their best when we adhere to a binding set of agreed-upon principles. A contract. Many of us go into marriage with assumptions regarding fidelity, sex, finances, and domesticity; this is not the same as co-creating agreements. That said, we also begin relationships primarily in good faith, and deceit and betrayals do happen – sometimes in overt ways and sometimes subtly over time. When deception occurs, it is often accompanied by a lack of accountability and repair. Such lack of trust does not just concern broken agreements; it concerns hopelessness in the relationship’s potential to heal from such breaches.

Over time, the erosion of trust is a significant indicator that your relationship needs help and cannot regenerate when there are wounds. Depending on the extent of the damage, it may also be a sign that your marriage is over.

Bad Memories
The way you remember your relationship – the stories of how you met, chose each other, and what kept you together; these are some of the most significant predictors of whether or not your relationship is nearing its end. Gottman calls this the “story-of-us,” and he has determined quite conclusively in his research that bad memories are a hallmark of marriages nearing their expiration date. It turns out our memories are not static narratives based on fact, they are malleable and shape-shifting. The story of your first date, as told by the 26-year-old, you is likely different from the one you might tell now. When trust erodes, and negative sentiment override ensues, our memories get rewritten, and not for the better.

Before you throw in the towel and decide to proceed with ending your relationship, please know there are a few caveats.

If you have not given couples therapy a fair shake, I recommend you do so. Families and relationships take years to build, and once you are on the divorce treadmill, it’s hard to get off. Most couples in crisis cannot see the forest for the trees and do not appreciate how dramatically helpful couples therapy or a private couples therapy retreat can be, even for couples on the brink of divorce.

Additionally, if you haven’t worked on your self via individual therapy and addressed personal triggers, issues, and past traumas, you’re likely to miss the ways you’ve contributed to the demise of your relationship. And, you may very well replicate the same scenario and set of problems with someone else should you jump ship prematurely and find yourself in the arms of another.

Lastly, let’s not forget that the reality of divorce and breaking up can be excruciating; this is the reason divorce is cited only second to death as a significant life stressor. In between separation and the reorganization of your family into two households, there will be weeks/months, maybe even a few years of tumult and grief. You will miss holidays and vacations with your children, experience financial stressors otherwise avoided, and find no easy answers.

That said, calling it quits is sometimes necessary. There are choices in life that don’t afford us 100% positive outcomes (arguably many). Sometimes life is a byproduct of death versus the other way around, and in choosing a particular heartbreak, we avert another less preferential one.

Either way, make sure you have left no stone unturned and know that the ending of a relationship, when dealt with thoughtfully, can be an opportunity for significant growth and change to happen.

Thanks for reading and take good care of your heart.

Like what you’ve read here? Sign up to receive our weekly posts filled with heart, concrete tools, and cutting edge resources.