Mothering in Times of Sorrow

When my daughter was two, she found a bumblebee lying on our stone pathway. It was late August in New England – when gold-trimmed monarch cocoons dangle under milkweed, and sleeping pompoms of woolly bear caterpillars nestle in leaves.

To the naked eye, the bee appeared to be in torpor, but more likely dead. I picked it up, and we inspected its iridescent wings, its adorably plump fuzziness, its shiny black eyes. Carefully, I placed it in my daughter’s tiny cupped hands, and she cooed and whispered – loving it the way all children love small things and imbuing it with spirit. This moment stands in stark contrast to what happened next – the letting out of a shriek and sudden sobs — her hand thrusting in the air as the bee fell to the ground still moving. Betrayal – the thorn of its hind wedged firmly in the fat of her palm. She sank into my lap, vacillating between tears and dismay.

Finally, she looked up at me and spoke. “Not many things in life hurt more than a bumblebee sting, hah, mom?” I was speechless. What could I say? “Well, a few, but you are little, and you do not have to worry about that now.” I wrapped my arms snuggly around her, thinking what all parents must in moments like this. What have I done? I must never let you off of my lap. I must never allow a bumblebee to sting you again.

I did not comprehend (in a way one cannot comprehend) the deal I was striking when I conceived my daughter and subsequently birthed her into this world – that the fairy tales are true. That there is a witch who arrives without bidding, carrying each of us away, silently down the river when it’s time. I had done my due diligence and read all the books. For me, motherhood was a well thought out endeavor. I had forty years of life experience, a Masters Degree in Psychology, and a towering stack of manuals lying beside my bed to prove it. How could I miss this?

Mothering on the best of days comes with a hefty dose of responsibility. We are in the business of feeding. Hearts, minds, and tummies depend on us. All children become our children when we enter this pact. Parenting is a life-long contract that binds us to the fabric of humanity. When we see an infant nuzzle its mother’s breast, we feel the weight of our now-grown babe brush the crook of our arm. A girl stirring chrysanthemums and violets in a puddle by the roadside takes on the shape of our child. And the teenager found thrown and broken fifty yards from a car wrapped around a tree becomes our teen. Phantoms. Fairies. Ghosts. How could it be otherwise?

Holidays have a way of amplifying – laced with memories and expectations; they can be a potent cocktail for heartache. This year, Mother’s Day arrives with a unique flavor of sorrow. Infused with the reverberations of COVID-19, we witness what has always been true: babies are born, children lose parents, and our elders perish behind glass. And I (for now) am among the lucky ones. I have managed to lock the door just in time, but I keep thinking about Edgar Alan Poe’s Masque of the Red Death. The clock that’s ticking, the plague that’s coming. I am eating chocolate; I am planting flowers. Who am I to grieve losing summer vacations with my girl or dinners out with my friends when seven thousand people are dying daily from this pandemic? Ashes, ashes, we all fall down. 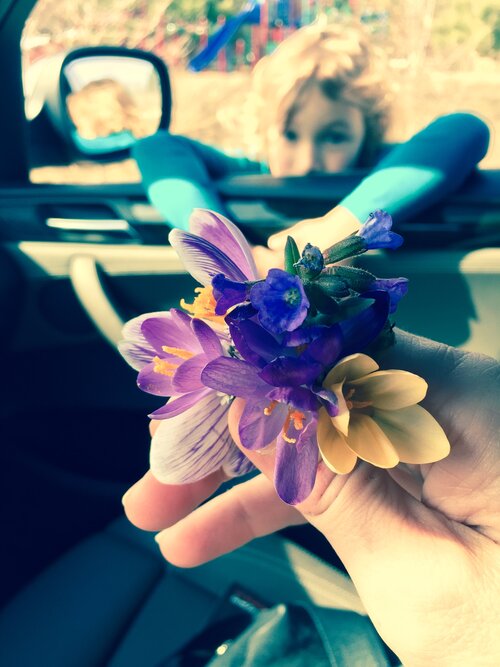 A couple of nights ago, we were watching the new documentary about Michelle Obama: Becoming. Michelle had just finished speaking to an audience of thousands; she was standing in a hallway, working her way through a crowd who were waiting to hug her. My daughter turned to me and said, “remember what that was like mom, remember when we could go to the movies and hug people?”

Hiraeth is a Welsh word that is difficult to describe in English. It speaks to losing not just what was, but what could have been – something in between longing, grief, homesickness, and nostalgia. Some describe it as a longing to be where your spirit lives. A homesickness for a place you cannot go back to. My daughter, who I named Ever, out of a longing for what is eternal: love, wonder, and beauty – was speaking of hiraeth. 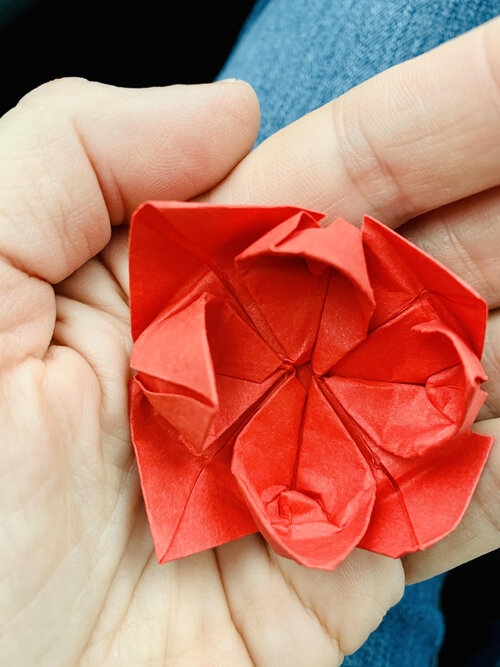 COVID-19 arrived in a manner that was both abrupt and (in hindsight) stealthily slow. We can say what we will about how life should not be the same, about how a crisis is an opportunity. But that must not bypass mourning. And I witness myself fluctuating daily between hope and grief: for my daughter, for myself, for humanity, for this planet. I’m a mother, my bliss and torment sit side by side. I signed a pact. The witch is on my shoulder, the fairy in my lap.

Late at night, when I wake, I notice that the walls of our home are growing thinner. I can hear the cries of daughters and sons, mothers, and fathers. And I know, deep in my bones, that if I do not allow myself to feel this sorrow or embody this grief – I risk cutting myself adrift from what tethers me to humanity. My empathy and self-compassion are rooted in my ability to feel a myriad of emotions. The walls are an illusion.

On this Mother’s Day, my daughter will bring me tap-warmed herbal tea and origami flowers. She’ll quarantine me to bed, and we’ll have our one-minute snuggle. Under our comforter, our dogs will nuzzle against us. I will silently count each second, savoring the sheer riches of these moments. My heart will be swelling and keening at the same time. The witch tapping on our windowpane – reminding me that unannounced, there will come a time she’ll return empty armed and asking. I will pay her due respect, nodding in acknowledgment over my shoulder, and then I’ll turn to my girl who I’ll wrap tightly in my arms – keeping the bumblebees at bay and the fairies in my lap.