This is What Trauma Does 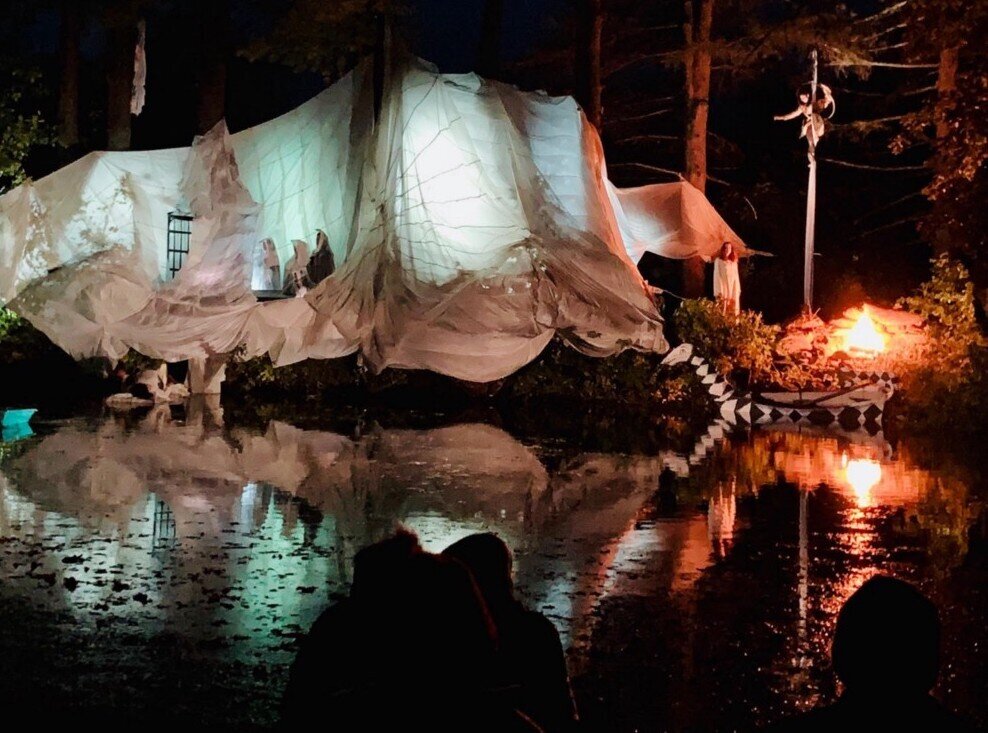 We give up whole parts of ourselves to belong in our families. In turn, for those of us who dare to come home to ourselves, we risk losing our family and severing the ties that bind us.

When I was twenty-one, I became the first member of my family to earn a college degree. In hindsight, this seemingly positive milestone, or the culmination thereof, both gave and spared me a lifetime of heartache. By achieving an advanced education and moving just an hour from home, I unknowingly left my family, and in doing so, embarked on the long, arduous task of breaking through the invisible (but formidable) barriers of class and intergenerational trauma.

Pittsfield is a city people never leave or never return to; I only knew I had to go —that hanging out with girls who were “dating” their father’s friends and losing five of my cohort in just ten months to alcohol, suicide, and drugs filled me with foreboding. My peers and I shared a unique darkness. One that went beyond the cynical, independent, and pragmatic nature that hallmarks Generation X. We shared history rooted in trauma bonds. Collective memories steeped in Black Sabbath and Pink Floyd, psychedelics and Jack Daniels, sex hallmarked by confusion versus consent, a blur between victim and perpetrator —think Lord of the Flies meets Heavy Metal.

Despite having just over forty-one thousand residents, my hometown lays claim to one of America’s highest crime rates (from the smallest towns to the very largest of cities). If you visit, you have a 1 in 27 chance of being a victim of a violent crime. Put differently; you’re more likely to be mugged or collide with a drunk driver than to get COVID19 while not wearing a mask. The irony is the city lies nestled in the center of the sleepy Berkshire hills. The surrounding landscape, a living Norman Rockwell painting, populated by wealthy New Yorkers and nineteenth-century “cottages.” Home to the Boston Symphony Orchestra and Tanglewood, where tourists eat bacon-wrapped figs and sip Sauvignon Blanc on the lawn. The Berkshires —where you can visit Herman Melville’s house in Lenox and score crack in Pittsfield, all in the space of an hour.

My twenty-one-year-old self-fled to the Pioneer Valley, and misfit though I was, I claimed it as my home. Just fifty-one miles as the crow flies, it kept me within driving distance of my closely knit (but) turbulent clan while affording me the possibility of a new life. Northampton was both academic and bohemian, brimming with universities, bookstores, cafes, and the arts. It was an altogether different planet, and it terrified me.

I had no idea of the implications of this move —of what it meant to transition from a working-class family in a post-industrial ghost town ravaged by racial and class warfare to a white-collar world steeped in privilege and academia. I could not foresee the coils that spun out from my childhood to my future. How they’d wrap around my life like the tentacles of a giant squid, choking me, pulling at my dreams, dragging me under —how I’d thrash, how it would take decades before my lungs acclimated to the water that would birth me, and the casualties of connection to be incurred along the way.

When we were teens, we traversed Pittsfield via an underground network of train tracks. We believed that if we put an ear to the railway metal, we would hear the train coming long before seeing it. That as long as we maintained a vigilance by pressing an occasional cheek against the hot-rolled steel, we’d anticipate the train’s arrival —hear the hissing of the rails, feel the engine’s vibration in our skull. In hindsight, this is how we lived our days. A trick we played to maintain the illusion of immortality –we believed that a car full of balloons would cushion a crash, that powder and smoke were less lethal than needles.

The reality was, we were often too stoned or just plain afraid, so we never actually listened for the train. Never anticipated the deaths of our friends. 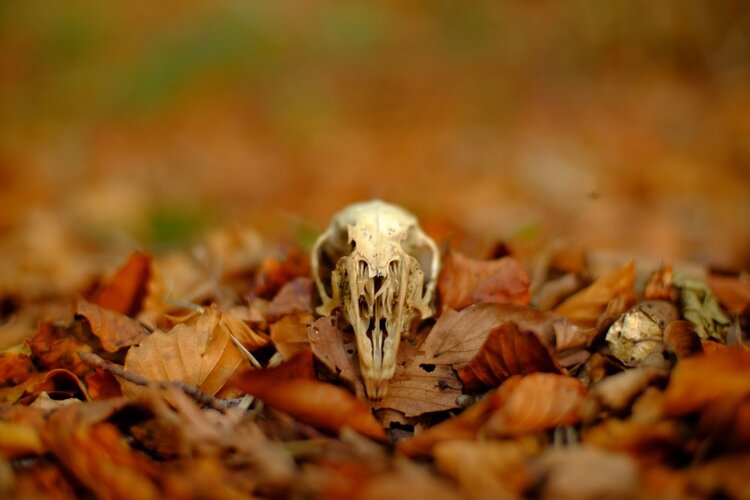 We lost the first one to suicide. Pinned between two car bumpers on a Friday night bender, Paul never acclimated to his right legs’ amputation. Several months following the accident, he shot himself in the face in front of his fiancé. Then there was the motorcycle crash. Timmy was a bad boy from the town’s outskirts; he had warm cocoa curls and a smile sweeter than John Travolta. He flew his Harley around a corner, jacked on cocaine, and never landed. That same Autumn, up Barker Road, Ryan and Ellen wrapped their green Chevy Nova around a maple tree — he lived, she did not, their newborn baby home sleeping in her grandma’s arms.

Dearest to me was Bill, driven mad by an excess of Gooney Birds —that particularly potent blotter he partook of as a daily sacrament, so much so that the blur between his tripping and psychosis became indistinguishable. I can personally attest to the magic in those dime-size tabs, how it tingled your tongue and altered reality for days. Under its influence, I saw a bag of marshmallows breathe, watched my cousin’s hand melt into the ochre shag of a van rug. That November, Bill’s delusions drove him wild and deep into the woods of Hatfield; his body found unmarred amongst the ashen brush. The authorities said it was a lacerated liver, that he bled to death internally —that it was like going to sleep.

At what moment do we begin the slow and steady handing over of our hearts? I remember being six and staring at dirty linoleum, my mother sobbing on the kitchen floor by the dishwasher. There were shards of glass underfoot; to walk toward her would require cutting myself. I believed that I had broken her —that my sister and I spawned a storm so vast that our home would not see sunlight for months. Our Italian grandmother and father concurred. So, I clapped my hand over my mouth each time my voice yearned to escape and swallowed it whole. Again, and again, I walked barefoot on glass to reach her. A little blood seemed a small price to pay. Slowly, I learned about relational transactions, equating love with pain, and silence with safety.

There is a thin line between sacrificing a lamb and striking a deal with the Devil. The first (we hope) affords us blessings and wishes. The latter steals our soul and damns us. When we offer up our voice in exchange for belonging, we silence our longing. It is a curious thing to consider; that to no longer Be our Longing, we must sever something, and it leaves me wondering what becomes of our hunger?

For me, my father’s blows and punches — an act of desperation intended (literally) to knock some sense into my inebriated fifteen-year-old head, no longer registered pain. My mother’s second wave of melancholy did not inspire compassion. The afternoon five girls ambushed me in a ballfield, and I felt the bubble gum on my tongue crumble like chalk when mixed with blood (a chemical reaction few have experienced) —I floated above the grass. Any part of me that longed for tenderness, validation, reassurance, and kindness burned down

— this is what trauma does; it begets and destroys, permeates, and empties.

Fortunately, memory is malleable. To evoke a memory is to flick a switch —light up a constellation of neural pathways that are as intricate and ever-changing as the night skies. Our recollections are not so much facts as they are stories, and like all works in progress, they are subject to edits and revisions. Memory is as affected by our perceptions of the present as our perceptions of the past. This concept offers immense hope for those of us who have had bad things happen, which is to say —Everyone.

Implicit in this idea is that our perceptions can radically shift our stories —that when we mine our past for meaning, we will arrive at new understandings concerning our misfortunes, sorrows, and pain. Our divorce will no longer be a disaster, but rather a turning point that catalyzed a life otherwise not possible. A malignant tumor might serve as a wake-up call to a life otherwise spent underwater and holding our breath. I’m not implying we should wish adversity on ourselves but rather acknowledging that ultimately, we will all belong to some club. The “I lost my spouse to suicide” club. The “I had seven miscarriages and ten years of fertility treatment” club.” The “My mother was an alcoholic and my father left when I was two” club. To be alive is to be in a club. 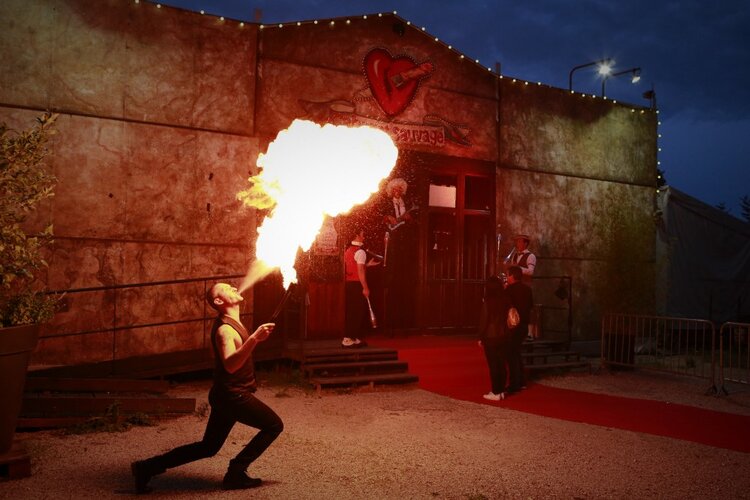 I believe the road to wholeness begins with the slow and steady patching of our hearts’ fractured pieces. That by stitching together tiny moments of connection, risk, and vulnerability, we find our way Home. That it’s not a straight line, but a somewhat never-ending journey where hopelessness, fatigue, and lapsing into old habits is standard. As we age, there lies the potential to write our story versus having our story write us. And if we stay the course and remain open, we will slowly assemble a network culled through friendship, psychotherapy, surrogates, and self-made kin. We will come to a deeper understanding of the hows and the whys of our life and we will find our people.

It took me thirty-one years of individual therapy, earning my master’s degree in Psychology, becoming licensed as a psychotherapist, moving one hour and a lifetime away from home, one marriage, a divorce, and a child to find my way. The cost —immeasurable. To paraphrase Maya Angelou, I belong nowhere because I belong everywhere. I belong to myself. I belong to a tribe of tattooed scavengers who have mastered the art of melding dung to feathers —a band of gypsies, ravens, and heretics who hover between scrappy and soulful —who happily fly alongside Icarus, broken wings and all.

What we share beyond our common humanity is a visceral knowing that suffering is here to stay. That trauma is inseparable from life. That loss is both holy and abysmal, and that grief is, in turn, the most sacred and honest response to joy. We are all wretched and omnipotent, sitting in the sun and soaked to the bone.

This is what trauma does.