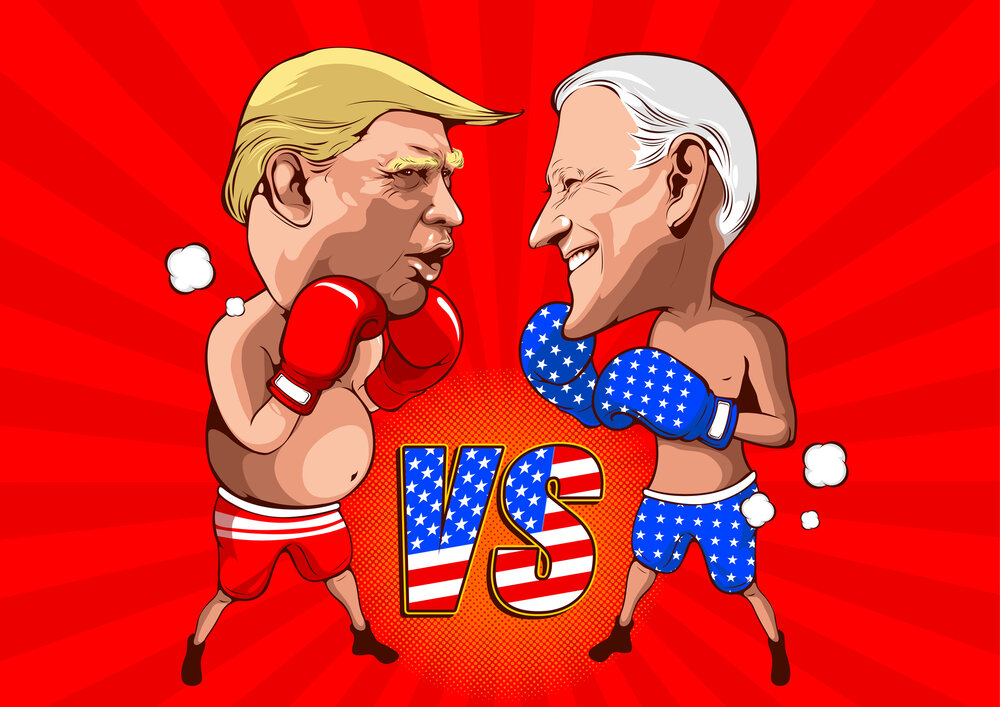 We can discuss the presidential debate between Biden and Trump from a multitude of angles. We can analyze it from the vantage point of history, political science, or social justice. We can fact check it or hone in on themes. We can comment based on our limited perspectives, personal values, and agendas.

Alternatively, we can think out-of-the-box and look at the dynamics witnessed during the first debate from an entirely different viewpoint. Relationship experts like myself devote thousands of hours to helping dyads when trust ruptures and fighting or shutdown ensues. We’re experts at dealing with gridlock and not afraid to break up a brawl. Getting our hands dirty and halting conversation threads that derail more significant points is what we do best. We’ve perfected the art of questioning and are rarely distracted by belligerence, posturing, or sarcasm. Nor are we deterred by stonewalling. Like a hawk, we stay focused and can see through the chaos that is conflict –we latch onto the words and expressions that afford the most significant potential for real discourse and, in doing so, rise above the rest.

The easiest way to understand couples therapy, and in turn, to apply it to the presidential debates is to imagine a playground with two kids sitting side-by-side. Let’s suppose an adult’s sitting with them, and since I can be indulgent, let’s imagine this adult is a couples therapist –me, for example. I’m holding a bright blue ball, and I look at the boys, and I say, “Donald and Joe, I’m going to toss this ball to you and see how well you pass it back and forth. I’m going to look for when one of you takes the ball and slams it back at the other so hard they can’t catch it. I’m also going to notice if you take the ball and run off elsewhere, or deliberately drop it and then blame the other. I want to see that you can pass the ball back and forth. Got it?” While I’m at it, I’m likely going to add some rules and say something like, “If at any point it becomes clear to me that either of you can’t play ball, then I will need to jump in, and we will likely take a break, or even stop the game altogether, understood?” (Donald rolls his eyes and purses his lips, Joe nods and looks down at the grass).

This beauty of this is, it sets the stage for breaking down every interaction between Donald and Joe and scanning for micro-moments of trouble. We’re no longer looking at the game as a whole. Nor are we going to get lost in the details. The task is simple, and the question is straightforward. Are Donald and Joe tossing the ball back and forth? If not, what just happened, and how might we understand that through the couple’s therapist lens?

In the Gottman lexicon, contempt is the equivalent of slamming a ball and is considered, by far, the most destructive behavior associated with conflict. At the core of contempt is self-righteous indignation, a tendency toward viewing the other as fundamentally more flawed than oneself. And while it’s true that contempt frequently manifests as belligerence and name-calling, what is most interesting is how it looks non-verbally. Our bodies speak contempt, way before we open our mouths and put our foot in them. We sneer, roll our eyes, and purse our lips. If you want to use the debates as a means of determining who is the best candidate, go back and watch them with the volume turned off. Scan both Donald and Joe for signs of contempt, devote an hour to observing their body language. Ask your six-year-old who they’d want to play in the sandbox with (therapist note, this a great way to teach them how to discern good guys from bad guys). Spoiler: My daughter picked Joe.

Stan Tatkin, the author of Love and War in Intimate Relationships, speaks of two-person systems, relationships hallmarked by mutuality and fairness. If Stan was at the park with Donald and Joe, I bet he’d encourage them to make eye contact, to be mindful of their own and the other’s facial expressions. He’d likely point out that there’s little chance of catching a ball if you aren’t looking for it or that if you aren’t capturing your partner’s ball (and returning it), you aren’t playing ball –that it’s no longer a two-person game. He’d likely point out that a game of toss characterized by one person dominating via grabbing the ball, refusing to toss the ball, not honoring the game’s rules, or chucking a hockey stick is not playing ball at all. Lastly, Stan would notice if either Donald or Joe could make eye contact with him, or eye contact all. Again, go back to the debate and watch it with the volume turned off. Is Donald looking at you? Is Joe? If they are looking at you, what do you see? Is there a furrow in their brow, a plea, softness?

Scenario #3: Donald drops the ball and denies it; Joe gets upset

It’s crazy-making to play ball with someone who breaks all the agreed-upon rules, throws a ball repeatedly in your face, and then proceeds to deny you are playing ball at all. In pop-psychology, we call that gaslighting. The thing about gaslighting is it’s intended to drive one crazy and uses denial, misdirection, contradiction, and misinformation to destabilize the victim and delegitimize the other. Gaslighting at its root indicates narcissism and, in turn, an inability to be accountable. Joe did his best not to bite the hook when Donald did what Donald does best –deflecting, cheating, and hitting below the belt. But gaslighting is insidiously crazy-making, and there were moments Joe took the bait.

My advice to Joe is don’t even play ball with Donald, keep looking in the American people’s eyes, and talk to us –deep breaths Biden.

Scenario #4: Donald and Joe (and third-party adult) go outside their window of tolerance, and nobody knows what’s going on

In couples therapy, we recognize the limitations of physiology. We understand from Gottman’s research that if heart rates go above ninety-five beats per minute, the train is off the tracks, and there’s no bringing it back until it slows down. Elevated heart rates = stupid. When our HR goes up, our memory becomes impaired; we can no longer think clearly, and we cannot accurately discern what a threat is and isn’t. It’s the couple’s therapist’s job to put a brake on when this happens, and in this case, it equals taking the blue ball away from Donald (who likely is the one clutching it) and mandating a break. It also means that the adult facilitating the game needs to know when to take a break. Needs to be able to identify their elevated heart rate. More importantly, it implies that whoever is the referee better be damn good at playing ball with the big boys –better know how to brake a train when it derails.

Am I declaring that couples therapy can save the world? Not so much. But I am stating that war, big or small, takes two and that couples therapy affords us a lens to understand what’s happening when things escalate, as they did in the debate. It’s easy to get distracted by drama. But unwarranted assault and retaliation (be it physical, emotional, or verbal) are primitive means of communication and indicative of desperation and wounds, both qualities that compromise one’s ability to lead, and indeed, not what America needs at this critical moment.

We have two more matches scheduled with Donald and Joe. Nobody wants to watch a repeat of the first debate, not even my twelve-year-old.